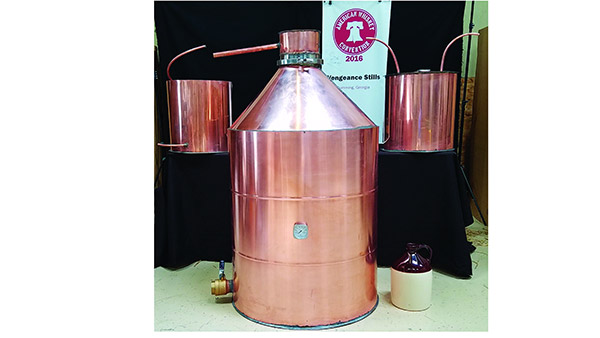 Early forms of distillation include batch processes using an evaporation and condensation. The purity was improved by further condensate distillation. Larger volumes were processed by simply repeating the distillation. Chemists are reported to perform up to 500 to 600 distillations to obtain a pure compound.

At the beginning of the 19th century, the basics of modern techniques, including pre-heating and refluxing, developed. In 1822, Anthony Perrier developed one of the first continuous designs, and then, in 1826, Robert Stein improved that model to still make his patent. In 1830, Aeneas Coffey obtained a patent to further improve the design. Coffey’s continuation can still be regarded as the archetype of modern petrochemical units. French engineer Armand Savalle developed his steam regulator around 1846. In 1877, Ernest Solvay was granted a US Patent for a column of ammonia distillation trays, and the same years and those followers saw developments in the subject for oils and spirits.

With the emergence of chemical engineering as a discipline in the late 19th century, scientific rather than empirical methods could be applied. The emerging oil industry in the early 20th century gave impetus to the development of precise design methods, such as the Ernest Thiele McCabe-Thiele method and the Fenske equation. The first industrial plant in the United States that used distillation as a means of ocean desalination opened in Freeport, Texas in 1961 in hopes of bringing water security to the region. The availability of powerful computers has allowed direct computer simulations of distillation columns.